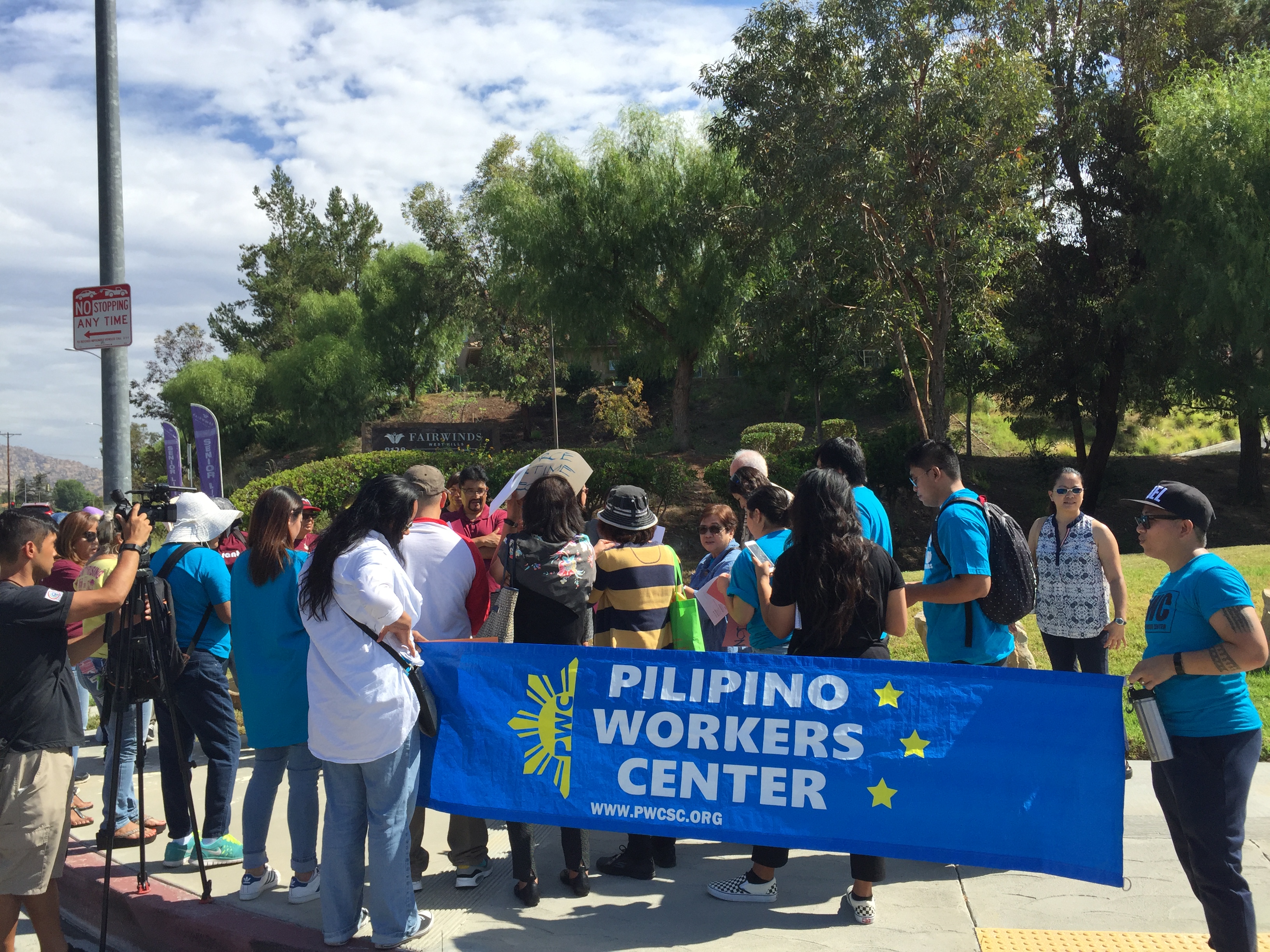 Right now, caregivers, housecleaners, nannies, advocates, and supporters of the California Domestic Workers Coalition have rallied together in West Hills, Los Angeles in the campaign for justice for Health Alliance Nurses Corp. workers. They will publicly deliver a letter to Fair Winds Assisted Living to expose to its facility management and to its residents that Health Alliance Nurses Corp., one of the primary home care providers contracted in the facility, has long been exploiting its workers, not paying caregivers overtime during 24 hour shifts and paying wages as low as $4.50 per hour. It is time for Health Alliance Nurses Corp. to pay their workers what they deserve and for assisted living facilities like Fair Winds to take responsibility to protect both workers and their residents from unfair and fraudulent business practices happening behind closed doors.

With the Pilipino Worker Center leading the charge, today’s rally launches a week of action to hold Health Alliance accountable for the wage-theft and abuse of its caregivers.
Between today and next Wednesday, we are inviting supporters of domestic worker dignity across California to join us as we lift our collective voices to send a strong message to Health Alliance Nurses Corp. and other non-compliant agencies and employers that they cannot continue to steal from and exploit the people who work tirelessly to support California’s families and households.
Last year, we made history with the passing of SB1015 the California Domestic Worker Bill of Rights. Now, we must enforce those rights, starting with Health Alliance Nurses Corp. It is time for domestic workers and their rights to be recognized!

Here is what you can do to support the caregivers of Health Alliance: