Domestic Workers create a living exhibit at the capitol; AB2314 moves on to the Senate Floor!

It has been an incredible last couple weeks! On Wednesday, August 8, more than 100 domestic workers mobilized from across California to Sacramento for the Our Work, Our Dignity Lobby Day to advocate for AB2314 (Ting), The Domestic Worker Rights Implementation Act.

Before meeting with more than two dozen of the state’s legislators throughout the day, domestic worker and employer leaders created a living exhibit with their own bodies on the first floor of the capitol. We held the exhibit for 7.5 minutes to represent the estimated 75,000 domestic workers who suffer from wage theft and are paid less than minimum wage. Click here to watch the video of domestic workers and employers taking creative action inside the capitol! 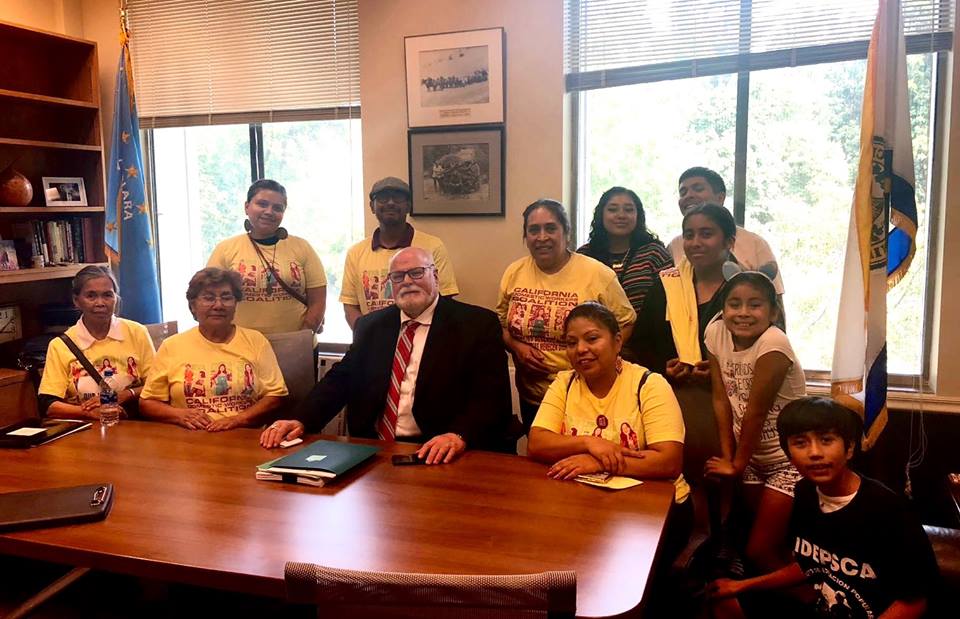 “I took care of an elderly woman for one year. I lived in her home and was responsible for her all day and all night. I worked with them six days a week, but the family only paid me $80 weekly. For 24-hour care, I wasn’t even earning minimum wage, let alone overtime… We need to make changes to better protect workers like me.”
– Ana Miriam, Member Leader of IDEPSCA in a legislative visit with Senator Jim Beall. 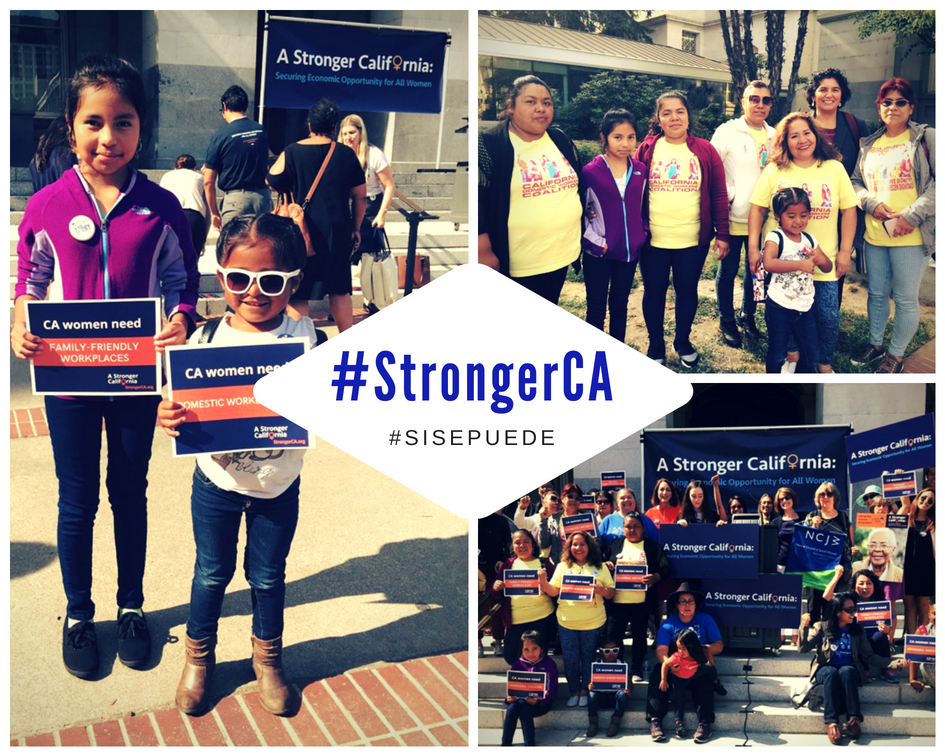 Then, on August 16, we heard the incredible news that AB 2314 passed out of Senate Appropriations! 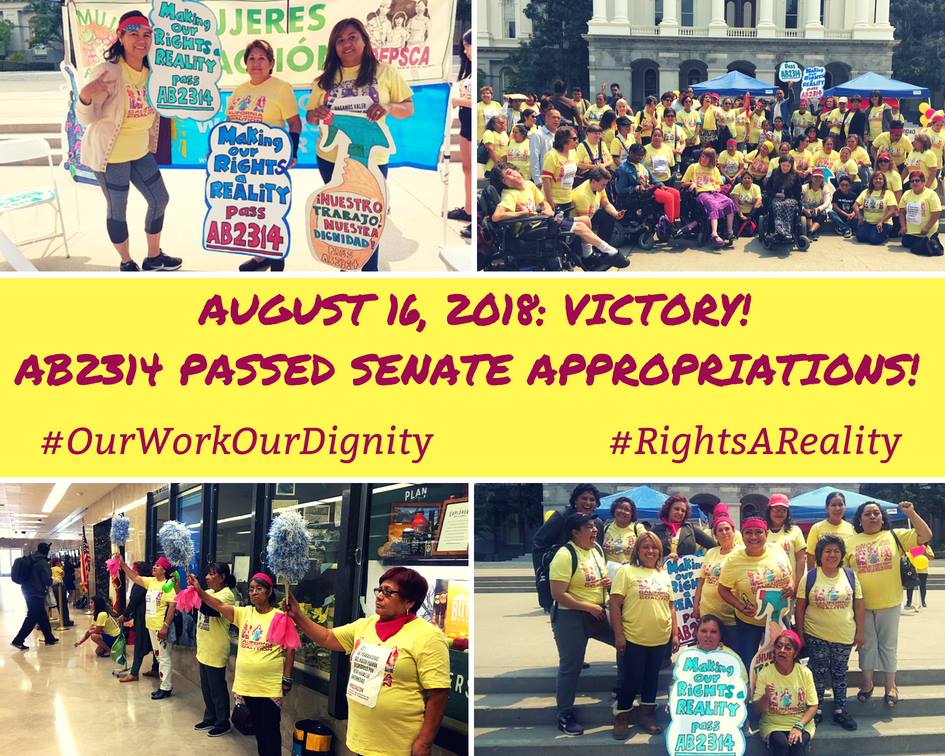 We have taken one more step toward making domestic worker rights a reality! We know that this victory is only possible because of the leadership, creativity, and commitment from caregivers, housecleaners, nannies and domestic employers across California who have boldly united to demand dignity and the enforcement of domestic worker rights at a statewide scale.

Next stop: the Senate floor and then on to the Governor’s desk!