One Step Closer to Making Rights A Reality!

It’s been an exciting last couple of weeks!

On Wednesday, in a quick 62-13 floor vote, the California State Assembly passed AB2314, The Domestic Workers Rights Implementation Act! Domestic worker leaders from La Colectiva and Mujeres Unidas y Activas were in the capitol the morning of the vote, sharing their stories and experiences with legislators to raise the visibility of the bill and the critical need to ensure that domestic worker rights are respected in every California home. 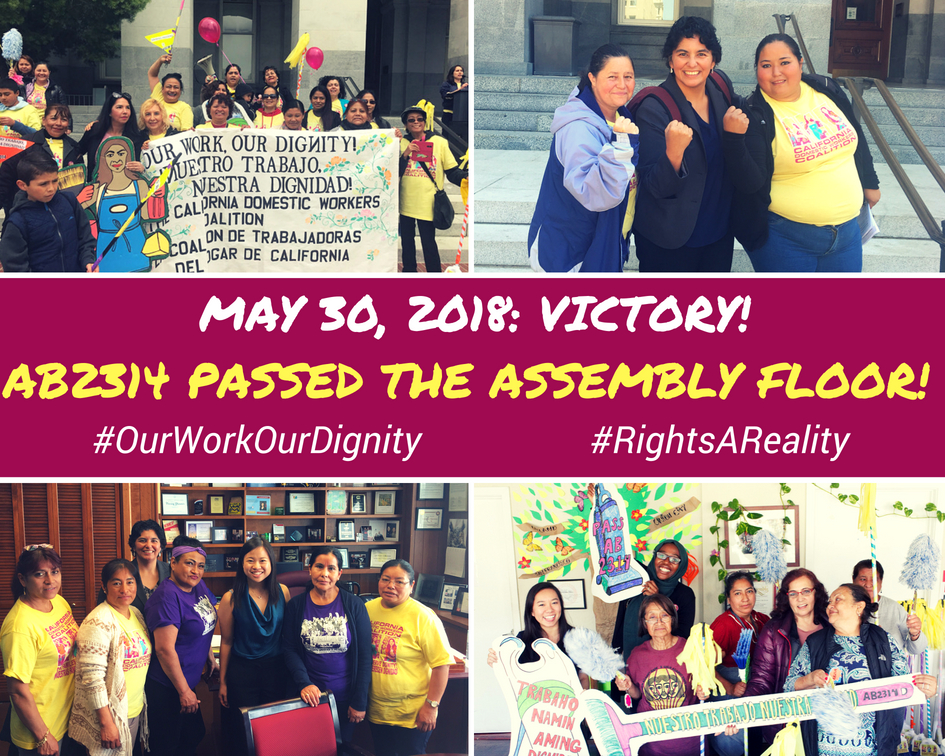 As always throughout the campaign, it has been the courage and leadership of domestic worker leaders throughout the state that have made this victory possible. Since the Our Work, Our Dignity campaign launch in March, worker and employer leaders of the coalition have been present at in-district meetings, at local City Halls, and in the Capitol nearly every week, making our voices heard!

The stories of our leaders have demonstrated not only the conditions of frequent rights violations and the need for broad-scale education in the industry, but also the power of community organizations and their ability to empower communities to assert and defend their rights. Coalition leaders have garnered the support and commitment from dozens of legislators throughout the state and, this Wednesday, have taken us one step closer to making rights real and respected in the lives of hundreds of thousands of domestic workers in California!